We set off from Dublin Airport on Saturday morning 8th of February and flew into London Heathrow, then we took a South African Airlines flight to Johannesburg (O.R. Tambo) and then almost 24 hours later we arrived at Moshoeshoe airport in Lesotho. We were greeted at the airport by our colleagues from the Fingal based charity group, Action Ireland Trust (AIT). We got a great welcome from the AIT guys and they swept us all off to our hotel where we will base ourselves for the next two weeks.

On Monday morning we joined our AIT colleagues for the first visit to the school project in Hlalele, just outside the city of Maseru. AIT has carried out building works over the last three years at the school in Hlalele and has transformed the lives of many families in the area. For more information on what AIT and Portmarnock Community School do there, just have a look at the blogs on their websites. We received a phenomenal welcome from the teachers, children and their families. Also contributing to the school project is Lusk (Fingal) based fresh produce growers and food processors, Country Crest. Commercial Manager, Tony Doyle has played an immense role in promoting local horticulture in the area and works closely with a number of organisations in Lesotho. This year is a culmination of the hard work carried out over the last short number of years and this year everyone will be benefitting from home grown pumpkins, potatoes, broccoli and spinach. Tony works with local farmers and students to build capacity and expand their knowledge of all things relating to horticulture. No better man!

On Monday afternoon we met with the Chief Physical Planner for Lesotho to whom we presented our programme. There is already an agreed theme for the programme we deliver and it is always agreed well in advance of us travelling to Lesotho. The theme was agreed in 2013 and it is centred on spatial planning and information technology. You will know from earlier blog posts that we have already focussed on the formulation of evidence based planning policy and the use of ArcGIS in planning. This year we will continue this theme by incorporating Open Street Maps and using GPS technology as part of the planners’ toolkit. There are many challenges facing Lesotho in regard to increasing development throughout the country. However on this occasion we have been tasked with focussing our efforts on an area on the outskirts of the Lesotho capital city of Maseru. The area we have been given to work with is called Ha Foso. This area is growing in population and there is already pressures occurring in regard to services such as wastewater treatment and roads.

We will spend the next week working with some of the most learned planners in Lesotho from various districts around Lesotho. Our approach this year will be to deliver a series of talks and site surveys in a CPD format. We will have around 12 planners attending our CPDs with five planners delivering the subject matter. This year the team is made up of myself, Hazel Craigie, Ciaran Staunton, Colin Broderick and Mark Whelan. Mark lives in Donabate near Swords, is part of the AIT team and is also studying planning in University College Dublin. Mark is valued member of our team and is eager to learn about what we are doing and gain some practical planning experience from his participation.

Today we did a recce of the Ha Foso area ahead of commencing our CPDs on Wednesday (12th of February). We have a good programme to deliver and we are all looking forward to getting stuck in to our mapping work. 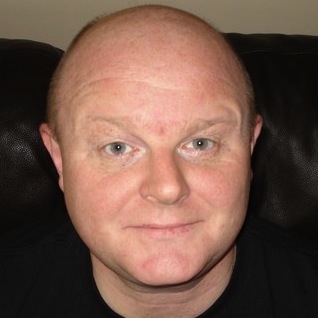